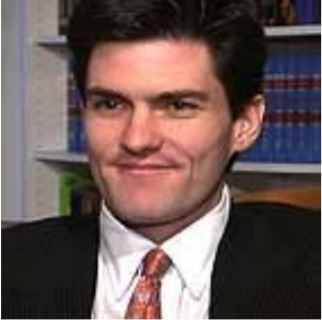 At the time of this interview, David worked with Troy Star Services.

What are top 3 principles for success in your industry?

Do what you love. I believe we are all given certain talents, certain abilities. Certainly there are things we all need to develop. But I do believe that we need to focus in on what it is that we love because at the end of the day, business and the business world is so competitive and if you don’t love what you do, you’re not going to be putting in the time, energy and effort to really excel at it. So find what it is that you love, where you have core skills and go for it. You’ve got to be willing to take a stand. And you’ve got to be willing to move forward when other people don’t necessarily expect you to. Picking up the ball. I also think core leadership skills. What do I mean by that? Having the ability to take a stand for something that is not necessarily what everybody else is taking a stand for. Create an idea, something that may be unpopular, buying a stock when the market is absolutely hammered. Whatever it is. You have to be comfortable being uncomfortable and not being with the crowd. And that’s something that takes a lot of practice to do.

What makes a great leader?

Well, I think we’ve got to talk about some core character traits. Number one, I think leaders have to be honest with themselves and others. Well, what does that mean? I’m a big believer that I deceive myself, more than anyone else deceives me. So I have to constantly be on guard with that and be honest, with what my resources are, what my weaknesses are, what my strengths are. So number one, honesty. Number two, interpersonal skills. You’ve got to be able to communicate effectively with people. Leaders are people who are drawing people around them. They’re people who have an ability to establish a vision and empower others to meet that vision. A core ability to that is being able to communicate effectively with people. Being able to resolve conflict with people. A leader, by definition, is going to take an unpopular stance on how you bring people along to follow you. There are going to be some conflicts. You have to be persuasive. Those are some key character traits that I think are absolutely critical. Team building skills. I think we’ve got to know how to do that. How do we motivate others? How do we meet each other’s needs? I think it’s absolutely critical. Each and every person is created with a unique set of gifts. Skills, talents, weaknesses. The challenge of a leader is to identify what those gifts in the people around them. Or the people that are in the organization with them. Identify them, develop those and put those people in the right place. Now, by definition, leaders are going to have to deal with uncomfortable circumstances. They’re going to have to hold people accountable to certain specific goals. I said set a vision. It’s got to be set for the organization as well as specific individuals. If someone is not willing or able to meet those goals, the leader’s got to give them a second chance. But they have to set specific and measurable expectations and defined goals before they can do that in the first place. But ultimately, my objective is to find the right place for the right people and if I have to give them a second, a third chance, I do. A lot of times it’s finding the right place for them. But if people ultimately can’t be held accountable, then I don’t believe the right place for them is in the organization that I’m leading, so I have to find a new place for them or let them find a new place for themselves.

What are the 2-3 most valuable lessons you learned in your career?

Theodore Roosevelt says a couple things that I think are incredibly insightful. Number one, he says, “Dare mighty things.” And I can honestly say that personally, it’s difficult to do. And I’m personally … today … struggling with daring mighty things. I have tried to dare mighty things in the past and have got nipped in the pants. It’s difficult to continue to be courageous. But at the same time, I think “Dare mighty things” says so much more about just the actions we take and the risks we take. It says so much about our thought process and taking risks and being very wise in the process. It means challenging ourselves continuously. Something else that he said, which I think is critically important, especially in today’s society is it’s not the critic who counts, it’s the guys in the ring. What he’s really saying was, if you look at a boxing match, who cares if you were the fighter, what anybody else thinks. Whether you win or lose, there’s a draw. The fact of the matter is, you’re in the ring and you’re going for it. Who cares about the ten thousand people who are standing around that ring and saying, “Oh, he’s not having a good fight” or “Oh, he shouldn’t have gotten hit.” At the end of the day, they’re not where you are, so don’t listen to them. Who cares. Just do your best, strive for excellence and challenge yourself regularly.

How do you define success? How has your definition evolved?

My idea of success today is excellence. Where? Excellence throughout life. Being an excellent steward or being an excellent employee, if you’re an employee, being an excellent friend, because we’re all called to be friends. Being an excellent husband or a wife. Or a son or a daughter. The point I’m really getting at is success is having balance in life, and really doing well in each one of those areas. My concept of success has certainly changed over time as I’ve grown, as I’ve learned about responsibility. And the different things that life throws at us. I think probably ten years ago, my idea of success was making $10 million a year in business. Period. Well, after observing different things that happen in different people’s lives, from a failure or success or challenge or a thriving point of view, I’ve realized success goes way beyond that. How do you prioritize your time/values? What are your priorities? The things that are most important to me, starts with family. I’ve got the greatest wife I could ever ask for in the world. Period. I don’t deserve her. She is a blessing each and every day. And I’m just so thankful that I met her in Cancun, Mexico on Spring Break when our trips overlapped by one night. Who would have figured that not only was she the love of my life when we got married, but this love just keeps getting deeper and deeper and deeper. So I’m just loving being in love. I’ve been married for four and a half years. That being said, marriage certainly does have its challenges and I can honestly say that the challenges have only made it so much better because we’re going to stick by each other, no matter what. And not only stick by each other, but love each other through those circumstances and that’s just rich. I feel incredibly fortunate. The other priority is balance and I’m struggling with that. I’ll be very, very frank. I am challenged to balance my responsibilities with my wife, responsibilities with my work, responsibilities with community activities and responsibilities and in other social activities. And the key thing, with respect to that, is I’m not sure I’ve necessarily found exactly what that unique path is in certain areas of my life, which means it’s harder than it should be. The key priorities in my life is pretty simple. God. I didn’t say that earlier and the reason that is the key  priority is really simple. Everything in life changes or has the capability of changing radically. I could walk out of this room today and have a brick fall off of a building, hit me in the head and be dead. My wife could get cancer. My parents could die in a plane crash. At the end of the day, nothing is guaranteed. It’s that simple.