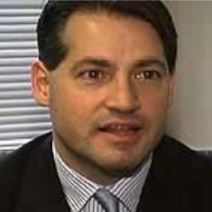 Writer Eric Metaxas has many credits to his name, including two blockbuster books about William Wilberforce and Dietrich Bonheoffer. The movie Amazing Grace was taken from his book on William Wilberforce. Before that he had done writing for Rabbit Ears and Breakpoint with Chuck Colson. For the past year, Eric has been a writer for Big Idea Productions. As an avid reader, Eric’s favorite author and leader is C.S Lewis. Outside of work he enjoys spending quality time with his wife, Susanne, and his daughter, Annerose.

What was your worst career decision or mistake?

To be really honest, I don’t feel that I’ve made any mistakes. I think that I’ve done a lot of awful things, but I don’t look at them as mistakes. I kind of feel like I did the best I could. I made a lot of mistakes in life. I don’t tend to think of myself as someone who’s made a lot of mistakes in my career. It’s very tough to be a writer. It’s very, very difficult and I just stumbled around and I think that really, since I found faith, I’ve done my best to kind of go where I thought God was leading me. I wasn’t always in a wonderful place. I’ve done some things that I’ve really hated. But I wouldn’t look at them as mistakes, at least not at this point. I was trying to be faithful with what I had at the time.

How did you get involved in the career you are in?

I think I knew I wanted to be a writer very, very early on in my mother’s second trimester. No. Actually I was nine or ten and I think I wanted to write some stuff. I always excelled at English and History and that sort of thing. I was always well spoken for my age, even now. I think that when I went to college, I knew when I was reading the great works, mainly of Western Civilization. I said, “This stuff is so wonderful. I want to be part of this great tradition. I want to do this.” I wanted to write literature. I wanted to write short stories like my hero, John Cheever. I wanted to write novels like some of my heroes, Marquez or Faulkner. Lots of pretentious literary writers were my heroes. I wanted to be among their tribe and it’s very difficult to do that and make a living. I soon found that out. I had a few small breaks that were hugely encouraging. In my early twenties I sold some humor pieces. I sold some stuff to the Atlantic Monthly, which was a huge thrill for me and that type of thing. But my first real break happened in 1988. I got a job working for a company that produces children’s books and videos called Rabbit Ears Productions. And that was a huge … that was the watershed period in my life as a writer. I wrote over 20 children’s books for them in about five years. I had no ambition to write children’s books or to be a children’s book writer, but somebody upstairs had other plans. I was just amazed by how it fit with my talents and so on and so forth. Not that I ever wanted to do that exclusively and I certainly don’t now, but it was just an amazing period of creative fertility for me when I got the job with Rabbit Ears.

How do you define success? How has your definition evolved?

I think of success pretty erratically different now that faith has become important to my life. I used to think about success purely as a competition, that I’m competing with those who have gone before me. I measure myself against them. I want to do as well or better than them. I’m just comparing myself to them. So, William Faulkner did this, Ernest Hemingway did this … these are the people you compare yourself to. It’s not like a doctor where you have contemporary peers. I, at least, tended to compare myself to the greats who had gone before. What did they write and why were they saying this and why were they saying that? I don’t look at it that way anymore. The way I look at it now is I realize that I’m not here just to be successful. I believe that God created me specifically for some purpose. He gives me little pieces of that, but I don’t have the bigger picture. What he wants to do with me is His business and it’s my goal. At least my idea for success is to try to conform my life as well as I possibly can, to being who He made me to be. It’s like a bird who decides I don’t want to be bird. I really, really want to be a reindeer. I’ll still fly sometimes, but I’m not a bird. I want to be who God made me to be. If He made me to be a bird, I want to fly to His glory. If He made me to be a runner, I want to run to His glory. Whatever He made me to be, I want to conform to that. Mainly because I realized if I don’t do that, I’m not going to be a success. It seems to me that you want to be who you were designed to be. And I think each of us was designed to be something or someone to succeed in particular ways and I think I want to be a success in the way that God designed me to be a success, which could be radically different from the way He designed someone else to be a success.

What is the difference between success and significance?

I think that most people today have a very, very myopic, shortsighted view of success. I think that maybe it’s always been the case. But particularly now we think in a very short-term way. I’m making this much money, I’m doing this . . . But the real question … and this is the heart that most people hardly want to face is … what are people going to think of you 100 years from now? What are your children going to think of you when you’re old? For me, that is what defines a success. Are they going to say that I was a good man and that I made a difference in the lives around me to the extent that I could? Or was I sort of selfishly seeking my own ambition and am I going to be a successful narcissist? Something like that scares me. Significance. Particularly as a writer, I always think about significance. You don’t write for yourself … as much as some people will say that … you write so that people will read what you write. I think it’s very difficult to try to project your own significance. I think that you need to conform to what you think you ought to be doing. Really, for me, I trust God that He’s going to worry about how significant I am. Maybe I’ll affect one person, maybe I’ll affect millions of people. I don’t think that I can worry about that too much. I need to be who I was made to be and let it fly.

What are some reasons to seek the deeper issues and evaluate your life?

I think what particularly interests me about cultural criticism is that we accept a worldview in this culture right now. It’s basically what I would call a secular, humanist worldview. It’s kind of like a fish being in water. It’s not aware that it’s in the water. It doesn’t think about being wet. It exists in a world of wetness and it’s not an issue and I think we exist in a world of secular, humanist underpinnings and assumptions and we have no idea that it’s possible to step outside that and to look at it and say these assumptions might not be correct. I want to encourage people to think critically, to think about their underlying assumptions. Principally, because some of those underlying assumptions in the culture are wrong. Especially the idea that God is irrelevant and that faith is irrelevant. That’s the big one for me, which is sort of grown in its cultural cache in the last 30 years, especially. That’s something I think about a lot. I think what has happened, as I say in the last 30 years, but really in this last century or so, is that faith has become marginalized. People talk about it as if it’s this private thing, like I believe there’s an elephant in the room. That’s my business, I don’t want to talk about it. That’s really a change from every culture in the history of the world. Every culture in the history of the world has seen faith, as being the glue that holds everything else together. So we’re in a glue less society. It’s a very strange place to be right now in America at the turn of the century. We go into the 21st century with the assumption that faith is entirely private. That’s something which is really outstanding, historically. It’s extraordinary and I think we need to think about that. I think when things are going well, as they are now, we’re in an amazingly unprecedented bubble of prosperity, peace. We tend not to think about ultimate things. If a horrible war were to break out, if the economy were to go south of the border, anything like that, it would force us suddenly to reconsider certain assumptions. And people are loathed to reconsider their assumptions. It’s not something people do naturally. But if you’re going through a difficult time, if you get cancer or if you lose your job or if you lose a loved one, something like that can force you to think about ultimate things. We’re in a weird period in history right now where it’s not what we’re doing. We’re not thinking about ultimate things too much.